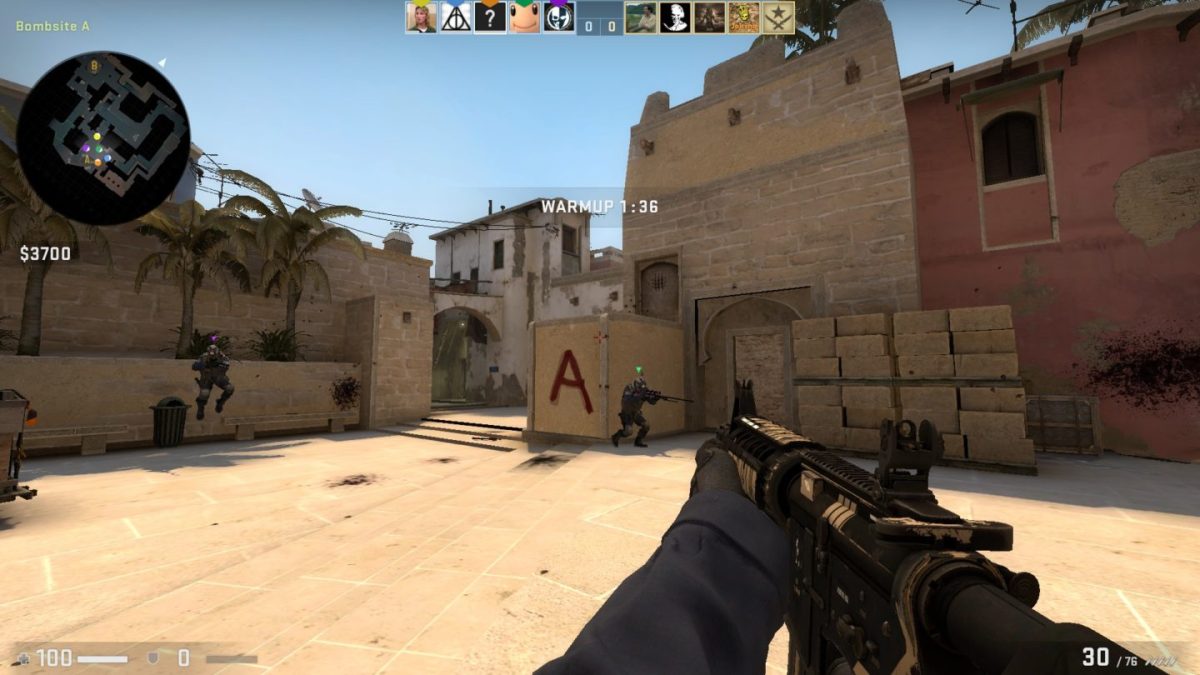 The past week or so has been extremely depressing for me. With the corona virus here and everybody freaking out, it has made my depression come back tenfold. I haven’t left my house in a week, haven’t done grocery shopping, haven’t felt like writing blogs/articles for anybody. The only thing I’ve been doing is playing video games.

I decided to make it a personal mission to go back and play PVP games I was always too afraid to play because of toxic people. I started with CS:GO and my first game was a disaster. After spending hours in training, assuming I was good enough to finally take on some people, I had my first match. I got completely slaughtered. My training apparently didn’t pay off. I shut the game off after about 10 games and figured I would never play it again because I just wasn’t good.

The next day I thought back on where I was going wrong in CSGO. I realized my problem is that I was standing still while shooting. I needed to keep moving so I wasn’t an easy target. I decided to boot up CSGO and I even sent out a tweet beforehand saying that maybe I’d turn into a super saiyan this time around. That’s exactly what happened.

I got my first kill in a game and was like “okay, this is how you play”. Then I started to get much more kills and my confidence grew. I knew I still wasn’t that good compared to other people, but I was on to something. And then the unthinkable happened. In one game I ended up killing every single person on the other team. I couldn’t believe it. I was in such shock and excitement that I threw the controller out of my hand and stopped playing because I was in such disbelief.

The other team decided to all group together and take everyone out. I somehow snuck past them all and used the heaviest gun to kill them all off before they had time to realize where I was. I was literally right behind them. I wasn’t far, but they had no idea who was shooting them. I am finally playing CSGO often and am confident that I belong with the other players. Of course, I’m still in the low ranks and I’m sure once I start playing against top people I’ll get slaughtered. But, I’ll enjoy this for now

The next game I wanted to try was Fortnite. I tried Fortnite back when it was new and I sucked at it. I thought maybe it’s because I was on PS4 and if I played with PC this time around I’d have more control. Nope. Just like when I tried to play Apex Legends, I kept getting one hit ko’d by people across the map. This is because at this point everybody knows the maps and location of items. So if I don’t get to something within 10 seconds of landing I get insta killed.

I am taking a break from both Apex and Fortnite because I don’t feel like I have the patience to wait until I memorize the maps in my head. My experience with Apex was even worse. At least in my Fortnite game I could understand someone getting a good gun by the time I found something. In Apex, some dude legit shot me with a shotgun from all the way across the map. Explain to me how a short range weapons acts as a sniper rifle? Perhaps I will come back to them in a future date. Just like I did with CSGO.

The next game I want to play is League Of Legends. Perhaps the game I tried to avoid the most all of these years because everyone I’ve ever known says the people are toxic. I believe I did try LOL back in the day for just a single day and quit because I had at least 10 death threats in a single game. I am going to try coming back and learning everything. Back then I don’t think I tried to learn. I just hopped into a game and attacked everything.

The games I play in between are games I’m top rank in and have played for years. Rocket League is by far my favorite. I’ve been a champion on every platform. Lately I’ve been playing Legends Of Runeterra. I have become pretty good and am one of the top ranks Those are the two games I mainly play. So far this journey has been helping my depression.